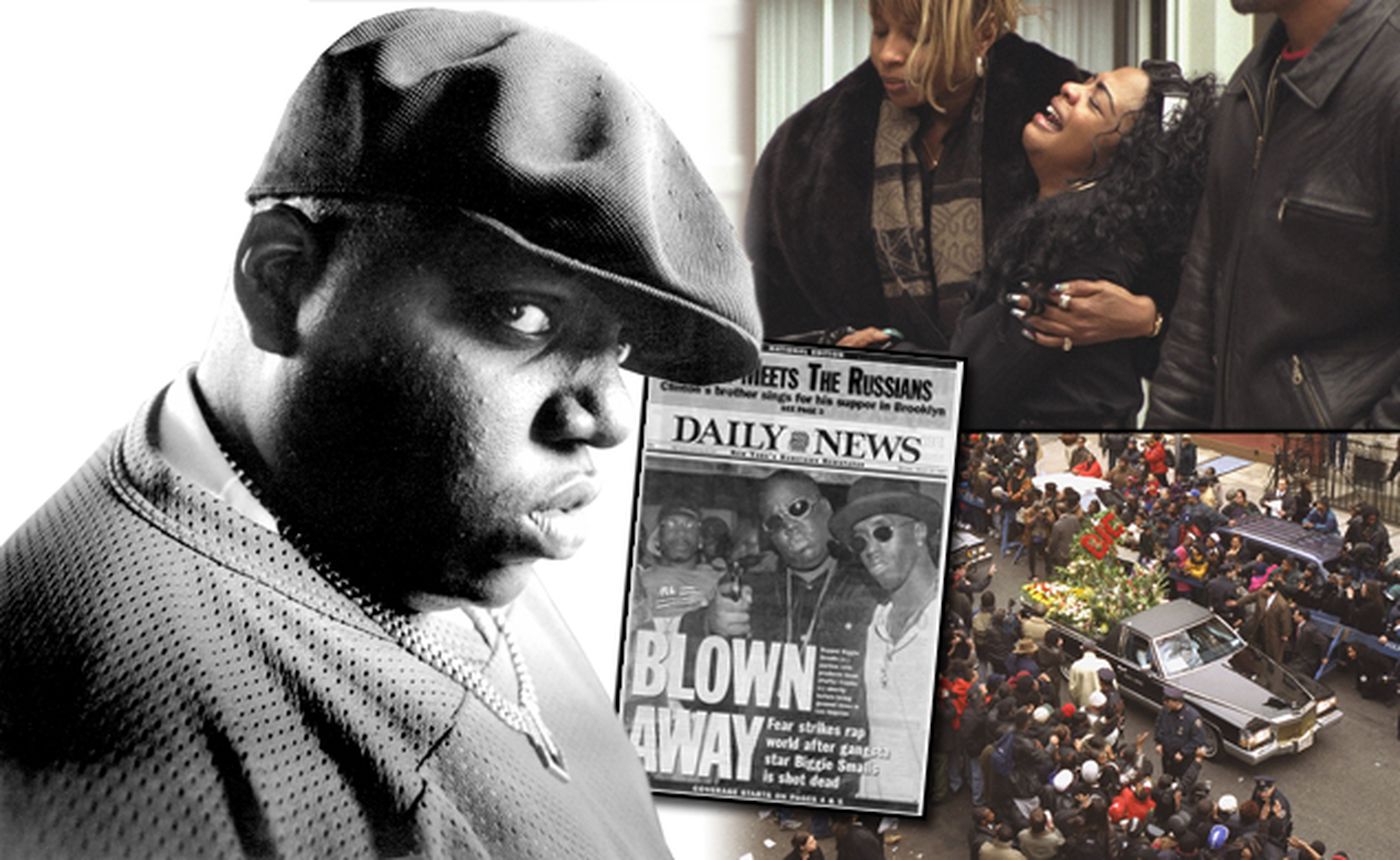 by findingDulcinea Staff
On March 9, 1997, Biggie Smalls was killed in a Los Angeles drive-by shooting that may have been linked to rap industry rivalries. His murder remains unsolved.

On the night of March 8, 1997, Notorious B.I.G. (also known as Biggie Smalls or by his legal name, Christopher Wallace) presented an award at the Soul Train Awards in Los Angeles. The 24-year-old Brooklyn native was a prominent East Coast rapper who had been feuding with California-based West Coast rappers, including Tupac Shakur, who had been murdered six months earlier. Smalls was booed by some in the crowd; he smiled and remarked, “What’s up, Cali?” as he presented the award.
That night, he and fellow Bad Boy Entertainment rapper Sean “Puffy” Combs attended an after-party at a nearby museumg. After the party ended, Smalls departed in the front passenger seat of a Chevy Suburban driven by a bodyguard.
As they were waiting at a stoplight on Wilshire Blvd., a car made a u-turn behind the Suburban and in front of a trailing SUV carrying Smalls’ security. A second car, a black Chevy Impala, pulled alongside Smalls’ car.
Randall Sullivan describes in Rolling Stone: “The driver, alone in the sedan, was a black male whose blue suit, bow tie and fade haircut suggested Louis Farrakhan's Nation of Islam sect. He looked B.I.G. in the eye for a moment, then reached across his body with a blue-steel automatic pistol held in his right hand, braced it against his left forearm and emptied the gun into the front passenger seat of the Suburban.”
Smalls, shot six times, was rushed to a hospital, where he was pronounced dead at 1:15 a.m.

Though there were many eyewitnesses who were able to describe the assailant’s appearance, authorities have not been able to determine who killed Smalls or why he did it. There are many theories for the murder, most involving Smalls’ feud with West Coast music label Death Row Records and his connections to the gang world.
There had been rumors that Smalls was involved in the murder of Shakur; many suspected that Smalls’ murder may have been retaliation for Shakur.
Randall Sullivan, author of “LAbryrinth,” presents the case that Death Row CEO Marion “Suge” Knight ordered the hit on Smalls, though not necessarily as revenge for Shakur. Knight, who had been imprisoned in February, employed crooked LAPD officer David Mack, a member of the Mob Piru Bloods, to organize the murder; Mack called on associate Amir Muhammad to carry out the shooting. Sullivan further contends that Knight had connections in the LAPD who hindered the investigation.
Another theory is that members of the Crips gang, who were widely believed to have carried out the hit on Shakur, killed Smalls over an unpaid debt. Bad Boy had been employing Crips as security and allegedly did not pay what it owed.
The Wallace family has filed several wrongful death lawsuits against the LAPD and the city of Los Angeles for their failure to prosecute the case. In 2005, a judge declared a mistrial after it was discovered that a LAPD detective had withheld testimony from a jailhouse informant linking at least two officers to the killing. A new lawsuit, filed in 2008, is still being heard.

Christopher Wallace was born on May 21, 1972, and grew up in Brooklyn. Wallace named himself “Biggie Smalls” in reference to his physical build. He dropped out of school and dealt crack as a teenager until he was busted and given a nine-month prison sentence.
After his release, he began rapping. He signed a record deal with Sean Combs, changed his name to Notorious B.I.G. and released “Ready to Die” in 1994. “It was a remarkable debut, distinguished by Wallace's thick, commanding baritone and his slow, matter-of-fact rhymes about the hustler's life he left behind for rap,” writes Rolling Stone.
It was his only album released in his lifetime. His second album, “Life After Death,” was released weeks after his murder, debuting at No. 1 on the pop and R&B chart. In March 2002, he was part of the inaugural class inducted into the Hip-Hop Hall of Fame; Tupac Shakur was also inducted.
“Biggie was a gifted storyteller with a sense of humor and an eye for detail, and his narratives about the often violent life of the streets were rarely romanticized; instead, they were told with a gritty, objective realism that won him enormous respect and credibility,” writes MTV. “The general consensus in the rap community was that when his life was cut short, sadly, Biggie was just getting started.” 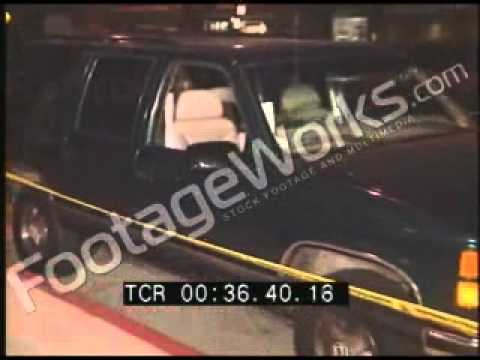 The first rap single was released in 1979. The music industry thought rap would be a fleeting novelty, but other artists began to appear and the rap styles began diversifying in the 1980s, according to the BBC.
A group of rappers began emerging from the inner cities of the West coast. Reflecting the 'prevailing culture of guns, drugs and violence,' these artists heralded the arrival of a sub-genre known as “gangsta rap.”

Most Recent Beyond The Headlines

Biggie Smalls Death Photo, Autopsy Report, and Live Footage of the shooting and murder of Biggie

Footage of Biggie shooting, The Autopsy Report, and Autopsy photos of Biggie taken by California authorities. Thanks to The Truth Channel and we share this to bring knowledge to this unsolved murder of Biggie.

If you know anything it is not to late to expose what you know. It’s time to talk before your on your deathbed. There are still people alive that knows what happened.