BlackBerry Desktop Manager is a suite of tools for managing and backing up data to and from your BlackBerry mobile phone. The program is an official release for BlackBerry users and provides many of the most important tools for keeping data secure while also providing the ability to interface your PC with your portable BB device such as phone or tablet.

The program interface is rather easy-to-use and organizes its features in to vertical tabs: Device, Applications, Organizer and Files. The Media Sync section allows you to synchronize multimedia data such as music, pictures and videos. 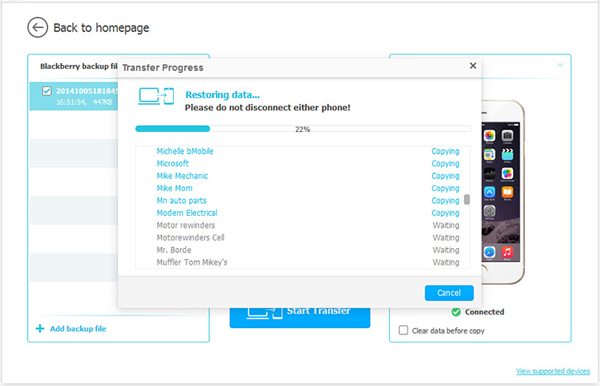 Using the media sync functions is pretty straightforward while managing your other files allows you to copy files and folders between Windows Explorer and your device. This provides an effective way to create backups of important files.

Overall, BlackBerry Desktop Manager is a great tool for backing up, restoring and synchronizing your phone data with your PC.

This download is licensed as freeware for the Windows (32-bit and 64-bit) operating system on a laptop or desktop PC from mobile phone tools without restrictions. BlackBerry Desktop Manager 7.1.0.42 is available to all software users as a free download for Windows 10 PCs but also without a hitch on Windows 7 and Windows 8.

Compatibility with this BlackBerry backup software may vary, but will generally run fine under Microsoft Windows 10, Windows 8, Windows 8.1, Windows 7, Windows Vista and Windows XP on either a 32-bit or 64-bit setup. A separate x64 version of BlackBerry Desktop Manager may be available from Research In Motion.