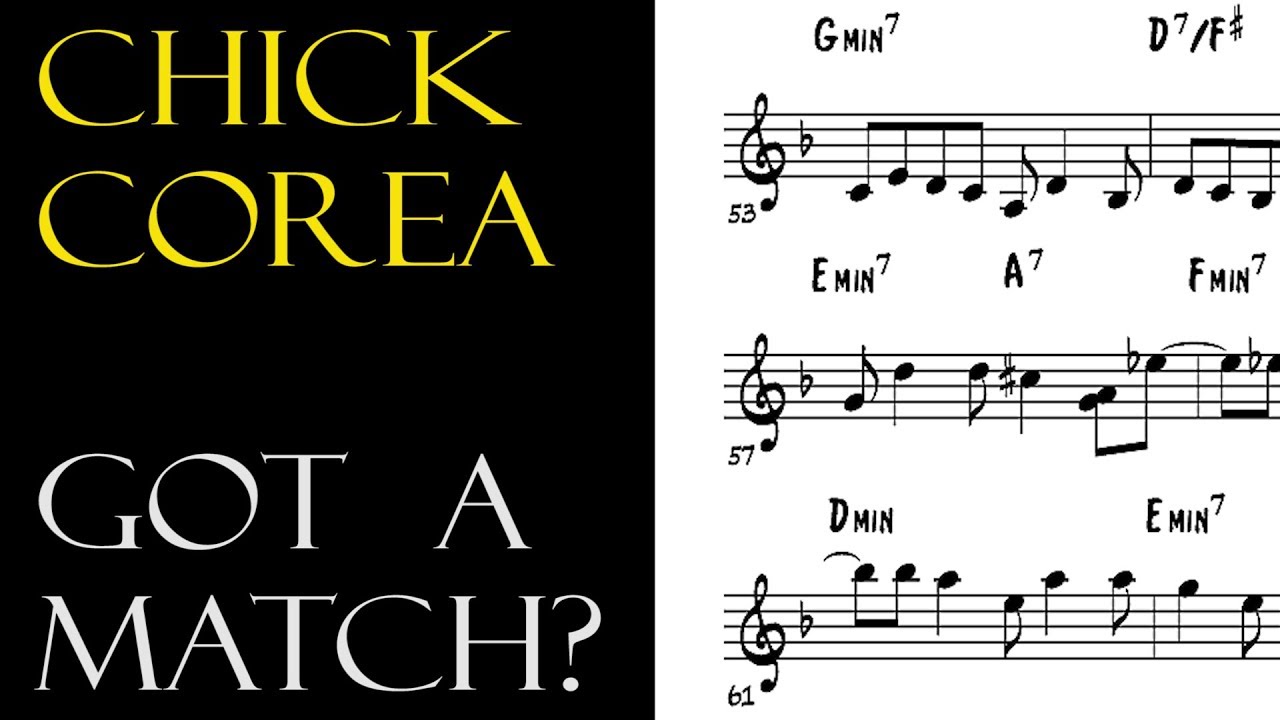 All Chick Corea transcriptions you can order by email and download in PDF, MIDI, SIB, MUS, XML and etc [digital formats]

I was ill today and so started on something I’ve been meaning to do for some time as a learning exercise – see what some of my favourite players are actually playing over those changes. This is an old favourite; Chick Corea’s solo from Spain as recorded with Return to Forever in 1972.

I can’t guarantee its complete accuracy, and you’ll note that I’ve gone for the approach of notating rhythmically as it sounds against the beat (so anticipated/swung beats appear as heard).

The left hand rhythm mostly seems to be tapping out a clave… though almost always pushing ahead of the beat – along with Stanley Clarke’s bass line which I haven’t jotted down.