Sep 27, 2017 Skyrim: “The Forgotten City”, The Return VI Posted on September 27, 2017 January 12, 2020 by Anthony B. This is the 6th and final part of a multi-post series on the Skyrim mod, “The Forgotten City”. The Forgotten City is a quest mod for The Elder Scrolls V: Skyrim and The Elder Scrolls V: Skyrim Special Edition. The first quest will automatically start when the Dragonborn reaches level five, or when venturing into the Forgotten Ruins (located in the far south-west corner of Skyrim. You must help the woman, Cassia, find her brother. When entering the city, you discover the LakeHouse.

I think I may have broken the quest somehow. Or I just am not understanding what is going on.

I just started it, I am about 30 minutes into it.

After time travel, the first thing I found myself doing was running thru the underground tunnels and made my way to the dwarven dome (just barely because of the rad damage).

I talked to the arbiter. he did not like me and he attacked me, I got off a REALLY lucky shot with my crossbow and killed him. I took his helmet.

But once
I was out of the tunnels the giants darven robots were attacking everyone. There are too many for me to defeat but when I die the game just autoloads to back to when I came out of the tunnel and in the middle of the combat again with the robots.

I kind of thought I would die but travel forward in time or time would reset to before I killed the arbiter or SOMETHING.

As it is now I am trapped, I cannot kill all the giant robots, and when I die It am sent back to the same battle via the auto load.

Do I need to start the mod over again and do something else other than go to the tunnels?

This looks like a great mod, but unless I know what I am supposed to do now I will just have to delete it. I really would not want to have to do that. Good quest mods that are actually completed by the mod author are VERY rare for skyrim.

The UESPWiki – Your source for The Elder Scrolls since 1995

This quest will be added to your journal upon installing the Forgotten SeasonsCreation. You will be directed to Runoff Caverns, an undiscovered cave far south of Rorikstead which will already be marked on your map. The cave has an unassuming entrance located just west of Lost Valley Redoubt; you will know you have arrived once you see the torso of a broken Dwarven Horse. Activating this strange relic will begin a separate quest called The Dwarven Horse to reassemble the construct, which can be done in tandem with this quest.

Head inside the dungeon and you will quickly notice that these natural caverns actually contain a large Dwarven ruin. You will soon come to a massive central chamber where a group of deceased mercenaries had set up camp. A note in one of the tents will provide some context for this failed expedition; the dead mercs were hired by a mage who headed deeper into the ruins, leaving them to guard the entrance. Clearly they were overwhelmed by the Dwarven spiders patrolling the cavern, and the drawbridge spanning the chasm has unfortunately been raised, blocking your progress. Your only option is to descend down to the floor of the cavern, fighting your way through hostile automatons until you come to a side passage. This path will eventually lead you up and around to the other side of the cavern, where you will begin to encounter hostile mercenaries who are still very much alive.

Before you continue on deeper into the ruins, it is advisable to drop the lever lowering the drawbridge, allowing for easy access back to the entrance camp without having to trudge back through the side passages each time. With this done, continue on until you come to the entrance of Vardnknd. You will likely hear this entrance before you see it, as it is surrounded by stormclouds and lightning strikes. The lightning will hit you if you tarry, so move swiftly onward.

A Mage on a Mission[edit]

Once you've entered the ruins proper, you will find yourself in Vardnknd Gallery, a central hub area for the dungeon. You will be greeted by a scene of chaos, as lightning strikes and hostile mercenaries fill the entire chamber. You will play witness to the death of the mage Elberon by one such lightning strike. He is the leader of this expedition, and as his journal reveals he has entered the ruins in an attempt to shut down the Weather Witch contained within. These rare devices have the ability to control the weather, and this particular one threatens to throw the entirety of Skyrim into chaos due to malfunction. Deal with the hostile mercenaries, then locate and read his journal to progress the quest. You will also be directed to loot Elberon's body as part of another separate quest called The Dwarven Crown, which again can be done concurrently with this one.

The journal also advises you to read Elberon's account of his previous expedition to the ruins, titled Forgotten Seasons, v1. A copy can be found on on his desk and provides a guide on how to navigate the rest of the dungeon, and you will need to read same to progress the quest. In short, you will need to recover four Vardnknd Conduit Gems from separate sections of the ruins in order to turn off the Weather Witch and face the final boss. These can be recovered in any order you like, as the entrance to all four areas are located in Vardnknd Gallery.

The Autumn's Bells section of the dungeon consists of what looks to be an underground farm, tended by dangerous Dwarven automatons. Travel down the entrance hallway until you find a dead mercenary carrying a Note on Autumn explaining how to reach the gem in this section. The objective here is to harvest a significant amount of strange magical wheat and place it in four depository containers to unlock the treasure room containing the gem. You will need to harvest over 70[verification needed — how much?] samples of each of the four types of wheat (Blue Luminous, Glowing Red, Orange-Encrusted, and Sickly Green), but this shouldn't prove much of a problem as you can harvest an infinite amount of weightless wheat from a single plant. Once you have deposited enough wheat to activate all the containers, the treasure room will open and you will be free to disable this section's conduit gem.

If you are doing the other two quests, Autumn's Bells also contains all the necessary parts to repair the Dwarven horse, as well as one of the masks needed for the Crown quest.

The Spring's Symphony section of the dungeon is filled with spriggans and animals, always a dangerous combination due to spriggans' ability to turn normally passive animals hostile. This part of the ruins is a basic dungeon crawl, although impassable vines will be blocking your way forward. You will again need to locate the body of a dead mercenary to read the Note on Spring, which explains that you need to kill the Blooming Spriggans specifically in order to get past the vines. Certain corridors are also filled with a green miasma which causes poison damage. You will eventually be confronted by a boss-level Blooming Spriggan Matron carrying the key needed to reach the gem in this location.

Other treasures of note include another mask for the Crown quest and a tiny Dwarven Drone Fly which you can pick up and use as a companion. It will only follow you for short intervals at a time, but while active it will grant you poison resistance and increased stamina, which can be useful for navigating the sections of this zone containing toxic green gas. 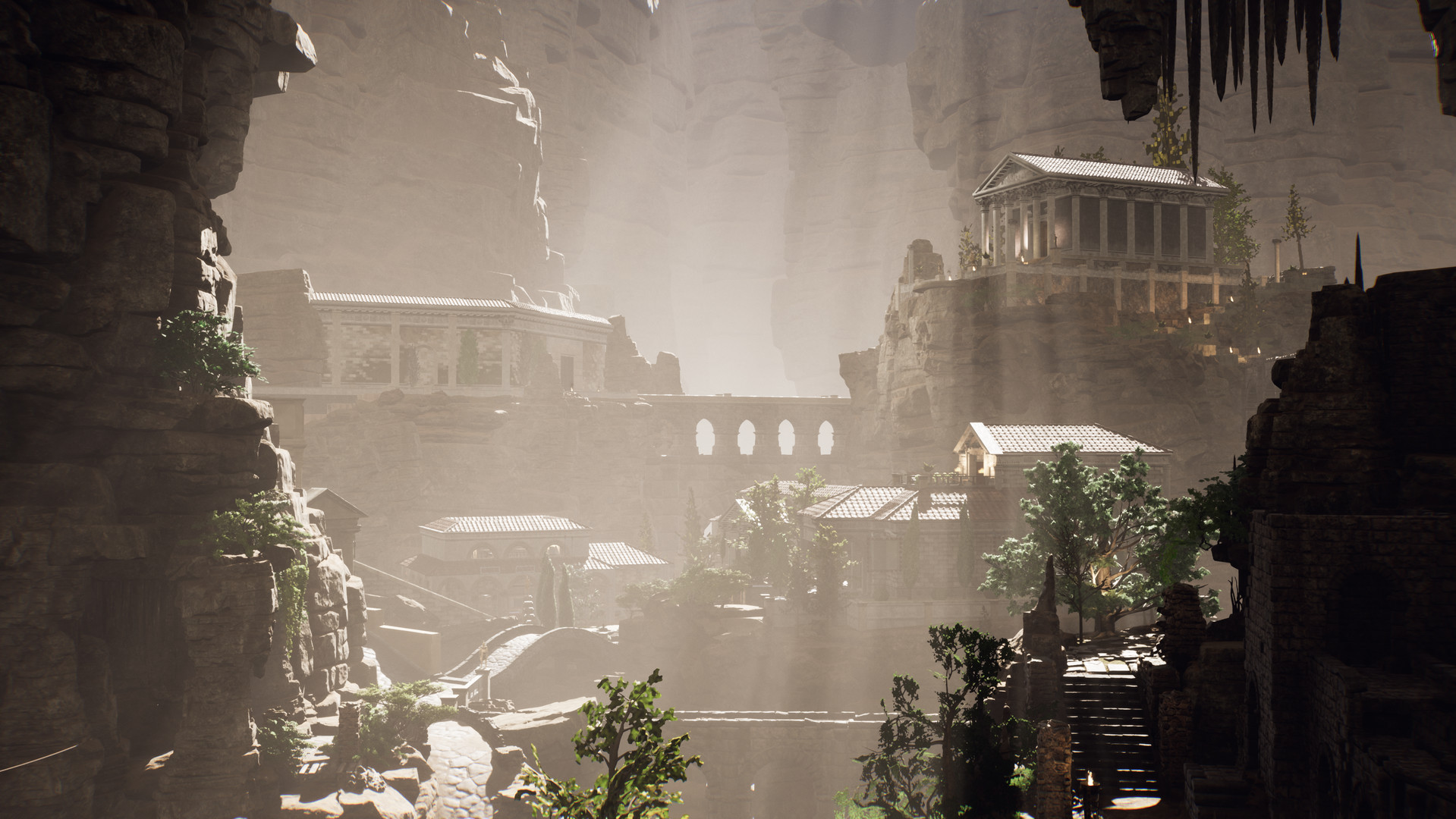 The Summer's Chords section of the dungeon is entirely flooded with lava, requiring you to walk along piping and narrow bridges so as not to fall to your doom. In order to disable the conduit here, you need to direct a friendly Repair Spider to several 'service waypoints' throughout the section. These are small metal pads which glow yellow when activated by the spider. In order to move the spider, you will need to take and equip the nearby Spider Control Rod, which functions identically to a similar rod found in Calcelmo's Laboratory: aim it at where you want the spider to go. Unfortunately, your way is impeded by several flame atronachs who can attack the spider, as well as traps which can also kill the spider if you aren't careful about its positioning. If the spider dies for any reason, go back to the entrance and use the switch to spawn another one. Once all the waypoints are activated, the conduit shuts down; there is no conduit gem to obtain here, nor any hidden loot.

The Winter's Chimes section initially appears to be a snowy exterior area. You will walk in to a scene of gore as the bodies of dead mercenaries fall from above, having been slaughtered by the icy inhabitants of this area. Make your way up the ramp and face off against the Frosted Dwarven Spiders, which use frost attacks rather than the usual lightning. As you ascend, you will soon realize that this section is actually one large chamber caught in an eternal artificial blizzard. The remainder of this section continues to be just as vertical as the starting area, requiring you to leap into half-frozen pools of water before ascending again. In addition to the spiders, beware Frost Atronachs and Ice Wraiths as you navigate the level. Once you reach the summit, you can grab the conduit gem and leave.

The real challenge from this level is designed around the Cold mechanic in the Survival Mode Creation, which is affected by icy water and exposure to the elements. This section also contains a mask for the Crown quest, well-hidden and guarded by a powerful Frosted Dwarven Centurion.

Once you have deactivated all four conduits, you will return to the Vardnknd Gallery hub area only to find it once again occupied by hostile mercenaries. Beware, as they spawn alongside Elberon's Apprentice, a very angry mage seeking to avenge his master's death. Once you've dealt with the competition, you will have to approach the west side of the Gallery, towards a door located on a ledge above. As you get nearer, stairs will rise to give you access to the door above (see bugs). This leads to Vardnknd Skykiller Gallery, a chamber containing the final boss: the Sky Orchestrator, a giant dwarven spider.

With the final boss destroyed, you will be rewarded at long last with Turn of the Seasons, a book which you can consume to obtain a new Power. This constant-effect ability grants the following buffs, depending on the weather:

Using the lift in Skykiller Gallery will bring you right back to the entrance of Runoff Caverns, allowing for a swift exit. Congratulations! Desmat label xpress pro software, free download. 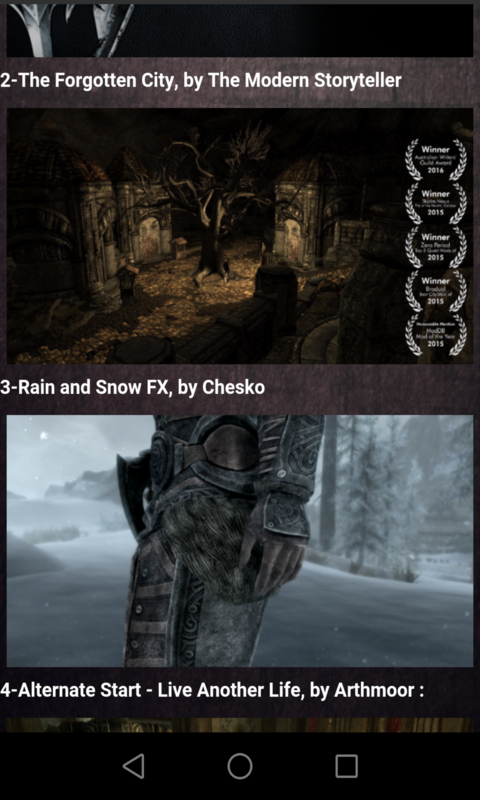