Angelo Badalamenti (born March 22, 1937) is an American composer, best known for his work scoring films for director David Lynch, notably Blue Velvet, the Twin Peaks saga (1990–1992, 2017), The Straight Story and Mulholland Drive.[1] Badalamenti received the 1990 Grammy Award for Best Pop Instrumental Performance for his 'Twin Peaks Theme', and has received a Lifetime Achievement Award from the World Soundtrack Awards and the Henry Mancini Award from the American Society of Composers, Authors and Publishers.

Badalamenti was born in Brooklyn, New York to an Italian-American family; his father, who was of Sicilian[2] descent, was a fish market owner.[3] He began taking piano lessons at age eight. By the time Badalamenti was a teenager, his aptitude at the piano earned him a summer job accompanying singers at resorts in the Catskill Mountains.[4] He received a Bachelor of Arts degree from the Eastman School of Music and then earned Master of Arts degrees in composition, French horn, and piano from the Manhattan School of Music in 1960.[4]

WRITER: Angelo Badalamenti (1990) This is a transcription of the performance by composer Angelo Badalementi which was part of the making-of documentary, 'Secrets from Another Place: Creating Twin Peaks' (2007), released on the Twin Peaks: Definitive Gold Box Edition, and later uploaded to YouTube.

Badalamenti scored films such as Gordon's War, and Law and Disorder, but his break came when he was brought in to be Isabella Rossellini's singing coach for the song 'Blue Velvet' in David Lynch's 1986 film Blue Velvet.[5] Inspired by This Mortal Coil's recent cover of Tim Buckley's 'Song to the Siren', Lynch had wanted Rossellini to sing her own version, but was unable to secure the rights. In its place, Badalamenti and Lynch collaborated to write 'Mysteries of Love' using lyrics Lynch wrote and Badalamenti's music. Julee Cruise, who went on to work with Lynch and Badalamenti on other projects, performed the vocals for the track. Badalamenti composed the score for the film and served as music supervisor. Lynch's request to the composer was for the score to be 'like Shostakovich, be very Russian, but make it the most beautiful thing but make it dark and a little bit scary.'[6] Badalamenti appears in Blue Velvet as the piano player in the club where Rossellini's character performs. This film was the first of what would become a career-long collaborative relationship spanning television and film.[5]

After scoring a variety of mainstream films, including A Nightmare on Elm Street 3: Dream Warriors and National Lampoon's Christmas Vacation, Badalamenti once again collaborated with Lynch and scored Lynch's cult television show, Twin Peaks which featured the vocals of Julee Cruise.[7][8]Twin Peaks would become the score Badalamenti is perhaps best known for, one that helped define the overall style and mood of the show.[7] The score features different themes patterned after specific characters in the show—'Audrey's Dance', for example, is an 'abstract jazzy' theme that plays when Audrey Horne (played by Sherilyn Fenn) is on-screen.[9] Many of the songs from the series were released on Cruise's album Floating into the Night.[10] From the soundtrack of the television series, he was awarded the Grammy Award for Best Pop Instrumental Performance for the 'Twin Peaks Theme'.[11] it also earned a gold plaque from the RIAA.[12]

Other Lynch projects he worked on include the movies Wild at Heart, Twin Peaks: Fire Walk with Me, Lost Highway, The Straight Story, Mulholland Drive (where he has a small role as a gangster with a finicky taste for espresso), and Rabbits as well as the television shows On the Air and Hotel Room.[13] Other projects he has worked in include the television film Witch Hunt, and the films Naked in New York, The City of Lost Children, A Very Long Engagement, The Wicker Man, Dark Water and Secretary. He has also worked on the soundtrack for the video game Fahrenheit (known as Indigo Prophecy in North America). He was composer for director Paul Schrader on such films as Auto Focus, The Comfort of Strangers and Dominion: Prequel to the Exorcist. In 1998, Badalamenti recorded 'A Foggy Day (in London Town)' with artist David Bowie for the Red Hot Organization’s compilation album Red Hot + Rhapsody a tribute to George Gershwin which raised money for various charities devoted to increasing AIDS awareness and fighting the disease. In 2005, he composed the themes for the movie Napola (Before the Fall), which were then adapted for the score by Normand Corbeil. In 2008, he directed the soundtrack of The Edge of Love, with Siouxsie, Patrick Wolf and Beth Rowley on vocals.

Badalamenti received the Lifetime Achievement Award at the World Soundtrack Awards in 2008.[14] On July 23, 2011, the American Society of Composers, Authors and Publishers presented Badalamenti with the Henry Mancini Award for his accomplishments in film and television music.[15]

The 2017 revival of the Twin Peaks television series marked the continuation of Badalamenti's work with David Lynch. Its score features new compositions by Badalamenti, as well as material from the original score.[7]

In 1966, Badalamenti co-wrote a song ('Visa to the Stars') on Perrey and Kingsley's album The In Sound from Way Out!. In 1967, using the name 'Andy Badale', he co-wrote a song ('Pioneers of the Stars') for Perrey and Kingsley's next album, Kaleidoscopic Vibrations: Electronic Pop Music From Way Out. That same year, he co-wrote (with Norm Simon) “I Want to Love You for What You Are”, a #54 pop hit for Ronnie Dove. He also arranged, produced, and co-wrote some songs on Perrey's two solo albums for Vanguard Records using the 'Andy Badale' pseudonym. In 1987, he lent his services to British synth-pop duo Pet Shop Boys, arranging the orchestration on 'It Couldn't Happen Here'. Badalamenti also arranged the strings on two tracks on the Pet Shop Boys' Behaviour album in 1990.

In 1993, Badalamenti collaborated with thrash metal band Anthrax on the Twin Peaks-inspired track 'Black Lodge' from the Sound of White Noise album. In 1995, he composed, orchestrated and produced Marianne Faithfull's album, titled A Secret Life. In 1996, Badalamenti teamed up with Tim Booth of the British rock band James. As Booth and the Bad Angel, they released an eponymous album on the Mercury label. In 2000, he worked with Orbital on the 'Beached' single for the movie The Beach. In 2004, he composed the Evilenko soundtrack working with Dolores O'Riordan, who sang the main theme and with whom he continued collaborating.

Badalamenti composed the opening theme for the 1992 Summer Olympics in Barcelona.[16]

Badalamenti performed at a concert entitled 'The Music of David Lynch' in 2015, in recognition of the tenth anniversary of the David Lynch Foundation. The performance was held at Ace Hotel Los Angeles and included Julee Cruise and other artists known for collaborating with Lynch.[17] 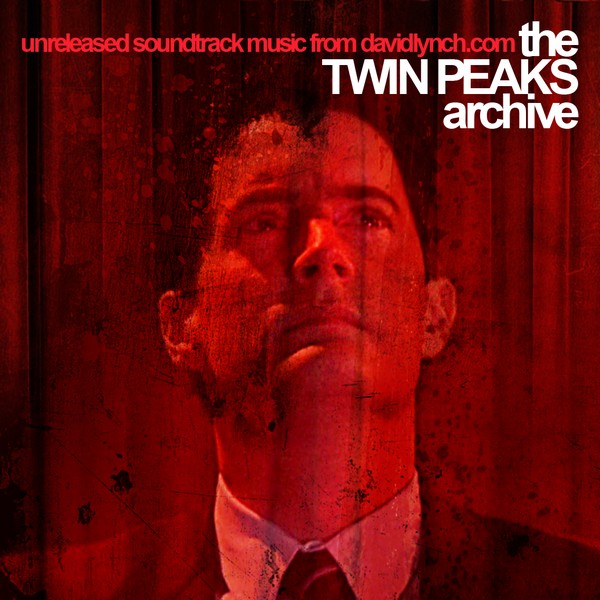