Free Goodie Mob. Produced by Organized Noize. Album Soul Food. Lord it's so hard, living this life A constant struggle each and every day Some wonder why I'd rather die. Goodie Mob Is That You God. Professional DJ's: your rating may be required to unlock the MP3/Service Pack. Enter requested info below. Bogus Feedback Will Result In Immediate Blocked Access! Goodie Mob, based in Atlanta, Georgia, is widely considered one of the founding hip hop acts of the (commerically viable) Dirty South movement. Members Cee-Lo (Thomas Callaway), Khujo Goodie (Willie Knighton, Jr.), T-Mo Goodie (Robert Barnett), and Big Gipp (Cameron Gipp) make up the group, which has been functioning since 1995.

Legendary Atlanta quartet Goodie Mob has nothing left to prove in a hype-fueled industry that never deserved them.

Comprised of Cee-Lo, Big Gipp, Khujo and T-Mo, the Mob assembled in 1991 as a vital part of iconic Hip-Hop collective The Dungeon Family responsible for countless classics that still resonate to this day.

Blessed with a multi-platinum production team and Outkast, Witchdoctor, Backbone, Big Rube, Cool Breeze, and P.A. on their side, the timeless titans reigned as one of the few respected Southern Rap groups to earn respect from Hip-Hop’s fickle gatekeepers, tastemakers, critics and fans.

We caught up with Khujo, T-Mo & Big Gipp to talk about their incredible new album and much, more more in an interview you absolutely need in your life.

I was excited listening to this project–how did you get that classic Goodie Mob feeling back in the studio, that synergy, that sound?

(Khujo) Ah man, we never really stopped making music so we’ve been in the saddle rockin,’ you know what I mean? So once we realized the importance of the 25th year Anniversary of “Soul food” that gave us more incentive to put a new album out for our fans…and to name it “Survival Kit”–you know, that’s the theme of what’s going on right now.

Some our fans might need our music to add to their survival kit so for us to lock in with Organize Noize and put our heads together, along with the COVID going on—it forced everybody to get together and put this project together.

(Big Gipp) COVID really put everything in perspective. It was the first time we actually got to really live the record “Cell Therapy.” Everybody.

So with that being something that was sparking the interest of the group, sparking the interest of this record all over the Internet, it was really making us feel like, ‘OK, we got our 25th Anniversary of “Soul Food” but what if we could serve our fans with a brand new album with the Magic Nine–and the Magic Nine being the four Goodie Mob, two Outkast and the three Organized Noize.’

The original ones from the Southernplayalisticadillacmuzik and that’s what we did. We put the original playas from the first time anybody ever heard us together for this album and for our fans and anybody that’s been traveling with us so we are so proud that we we were given this opportunity.

I haven’t been this proud of a project since the first and second album. And that’s the truth.

The thing about this album is you stayed true to Goodie Mob. You didn’t chase trends and do what everyone else is doing. What was the conversation like with Organized Noize?

(T-Mo) We didn’t have to do too much talking… it’s an organic situation. It’s so natural, so organized and we’re so Goodie that when we got back together, man, it was like riding a bike. Everything just fell in place naturally.

There’s a lot of talk about politics on the album–the state of everything going on. What direction do you feel like you want to see us move in? Whether it’s Atlanta or America in general?

(Khujo)That’s a good question–I’ll keep it simple, man, I just want to see peace. Peace and justice, you know what I mean? Not two laws–one law for the white man and one law for the Black man–a law for everybody. That’s all anybody would want… peace and to be able to provide for their family.

Do you feel, as a group, that you get the recognition you deserve as trendsetters, as tastemakers? And, as far as your legacy is concerned, do you feel content or is there something missing? 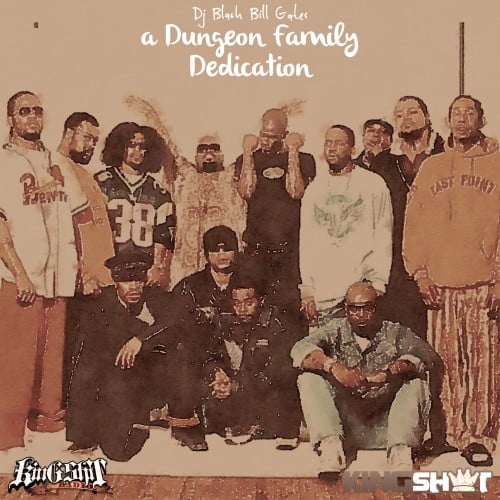 –you coined phrases, you were the first to do so many things and I feel like it’s glossed over?

(Big Gipp) you know why! You know why. In so many areas, we were better than a lot of people that they say are the best. In so many areas. From writing our own rhymes–all our music is original. We kicked a** for five, six years straight on the stage and couldn’t nobody touch us and STILL can’t touch us.

You just know it’s fixed. It’s cool, because right now we’re going to prove again with “Survival Kit.” New music, new rhymes, no ghost writers. We did all the music and everything’s original from Atlanta AGAIN.

I had to slide this question in–who would you pick for a Verzuz battle? Who do you feel like you match up with?

(Big Gipp) Check this out, let me tell you the real deal. So when you talk about a crew who’s still making music right now, it ain’t no competition.

I keep trying to find the competition with folks. We got a real singer in our group. If you ain’t the Fugees and can bring Lauryn Hill out, you lost.

So, Goodie Mob vs. The Fugees…

(Big Gipp) That’s the only thing I can [think of] 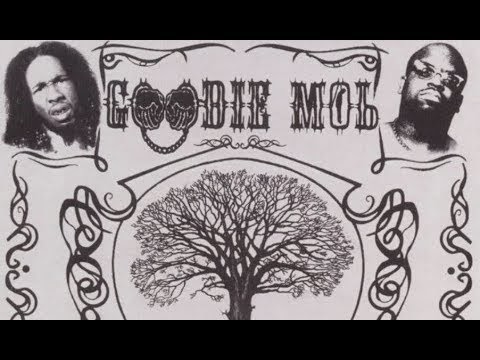 How do you feel about the upcoming artists you influenced? Have they ever paid their proper respect? Checked in?

(T-Mo) They have. You gotta look at folks like Travis Scott who redid “Cell Therapy.” 50 Cent sampled “They Don’t Dance No More.” So it’s a whole lot of these new cats who come out and sample our stuff. To me, that’s paying homage. That’s showing love. It ain’t done out of malice. It’s done out of love because they’re checking in with us, you know.

So, it’s all love. We don’t need a stamp from everybody but just for them to be rapping right now shows us we were leaders in our generation.

Because, believe me, they were not around when we first started. They were babies or weren’t even born… we opened the door for them, brother.

In celebration of the 25th Anniversary of “Soul Food,” give me some Atlanta Soul Food restaurants to recommend to our readers?