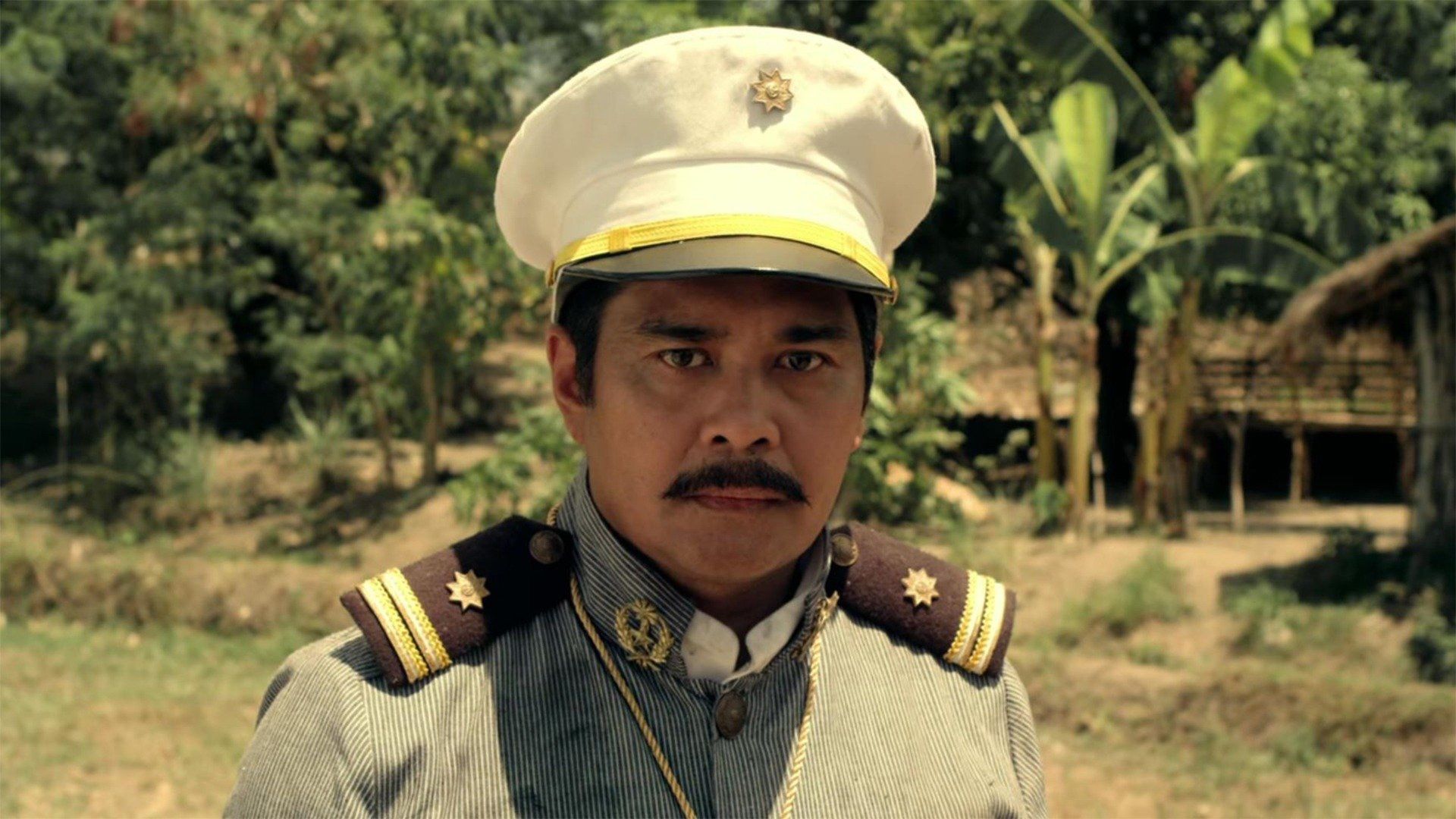 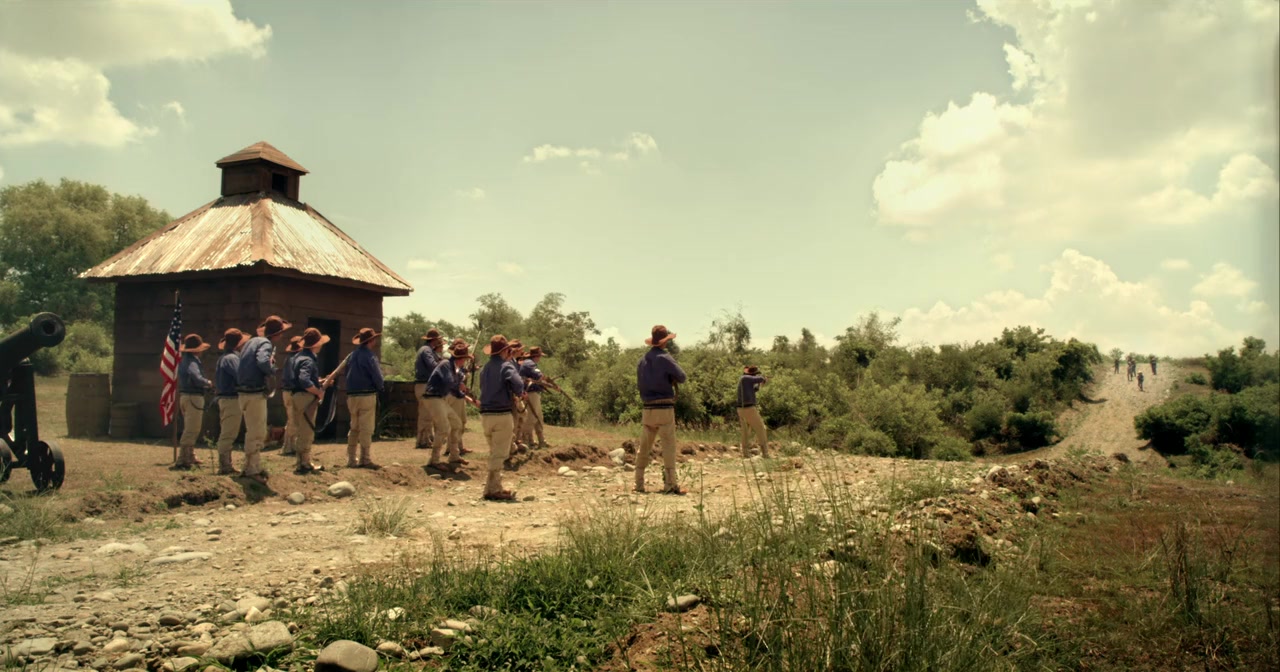 'Heneral Luna' tells us a more detailed account of the life of one of the revolutionary heroes we learn about in school, yet know practically nothing about -- Gen. Antonio Luna. Practically all we know about him is that he had a very bad temper which gained him a lot of enemies, eventually leading to his assassination. Aside from telling us specific situations where this legendary temper flared up, we also get to meet him more intimately as a leader, a soldier, as a son and as a man.
Even from his intense penetrating gaze and formidable mustache in the poster alone, you already know John Arcilla will be excellent in this film. His comic timing was impeccable. It was a most vibrant performance of a most vivid man, making him really loom larger than life. He was over-the-top in his explosiveness, just the way Tarog wanted him to be. The way he was built up, we were ready for that climactic assassination scene, however outrageous the savagery.
Mon Confiado was a picture of ironic calm as President Emilio Aguinaldo. The more movies we watch about the revolution certainly brings up more and more questions about the controversial Aguinaldo. Nonie Buencamino was so slimy as his treacherous surname-sake Felipe Buencamino. That nonchalant look on Lorenz Martinez face was so hateful as he essayed the role of the equally haughty Gen. Tomas Mascardo.
It was also such a casting risk and surprise to put known comedians in such key roles, like Epy Quizon as Apolinario Mabini, Leo Martinez as Pedro Paterno and Ketchup Eusebio as the vengeful Capt. Pedro Janolino. I must admit their presence can be distracting in certain dramatic moments, particularly Eusebio. Or maybe that was their purpose -- to balance out the severe seriousness of those scenes.
You immediately upfront that the filmmakers were aiming high for this film. The initial introductory texts were written in English, signifying intentions for this film to make the rounds of foreign film festivals. (I read that there were even certain reels with English subtitles shown in some more upscale cinemas.) The presence of disclaimers stating that this is a work of fiction inspired by fact could somehow raise an uneasy question as to how much fiction was in there mixed among the facts.
This film will also grab you with its gorgeous cinematography. The images on the big screen had such vivid colors and innovative camera angles. The period production design and the costume design were meticulous in detail. During a beautifully-edited flashback sequence, there was a stylized scene about Rizal's execution that was so uniquely and hauntingly rendered. There are most gruesome and graphic special effects showing the violent brutality of warfare which will shock you.
The historical storytelling was very clear, exciting and engaging from beginning to end, with a fresh graphic novel feel to it. Humor was such an unexpected yet integral element of the script, from those crisp off- color expletives of Luna to those sarcastic side comments of Lt. Rusca (Archie Alemania) and many more in between of different shades. The patriotic sentiments were very poetically-written, but the way they were delivered here felt sincere. They did not sound preachy or cheesy, like when such lines were mouthed by Robin Padilla in 'Bonifacio' or Jeorge E.R. Ejército in 'El Presidente'.
Just like a Marvel film, there was an extra scene in the middle of the closing credits, suggesting a next film featuring Paulo Avelino as Gen. Gregorio del Pilar. There was also a brief cameo appearance of Benjamin Alves as a young Manuel L. Quezon, hinting at a possible trilogy. This is a very exciting plan indeed which we all hope will materialize given the success of 'Heneral Luna'.
I hear this is also under consideration of being submitted for Oscar consideration, and I support that campaign. The screening I caught today was a full-house despite being 1:30 in the afternoon on a weekday. It was really gratifying to see a quality Filipino film have commercial success even if it was not an inane comedy or 'kilig' teen flick with box-office stars in the cast.
Kudos to Artikulo Uno Productions and director-film editor-musical scorer Jerrold Tarog for coming up with what may just be the best, certainly the most audacious, Filipino film released this year to date. Like Gen. Luna, this film leads a mad charge on horseback with a raised fist against Filipinos who say they love their country yet look out for their personal interests first. Let's hope this strong message hits its targets. 9/10. 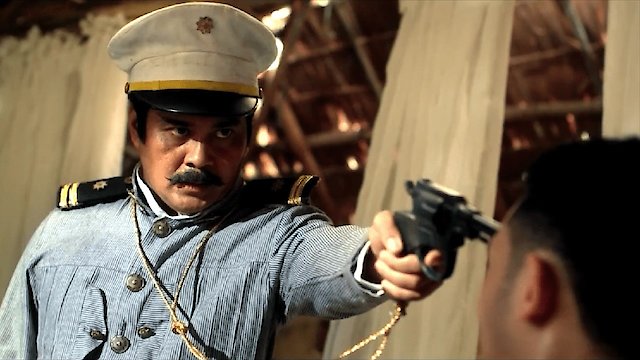 Heneral Luna was all things great but for some, he was this short-tempered man that angered Filipinos that led him to his deathbed. His life wasn't well-discussed in our history classes which is why the film is the perfect gateway to learn more about Luna's life. Here is a list why Heneral Luna is a must-see movie.