Tom of Finland needs no introduction. He is best known for his groundbreaking homoerotic iconography, which has been a major influence on late twentieth century gay culture. Touko Laaksonen, AKA Tom of Finland, has produced more than 3500 illustrations.

Los Angeles gallery owner David Kordansky, who represents the work of Tom of Finland, has become a clarion voice in promoting a wider appreciation of Tom’s oeuvre. “The work has not yet been subjected to the kind of criticality and scholarship that it merits. It’s so much more than a garnish for West Hollywood coffee tables,” he insists. “There’s a politic involved, and it’s pretty fucking radical.” Kordansky is particularly eloquent on the subject of Tom’s preparatory drawings: “They are the central station of his desire and the arena in which he exercised his imagination. You can see Tom’s mind and libido rendered through his hand.”

YOU CAN FIND THIS WORK AND THE BOOK IN THE ONLINE PRESENTATION TOM OF FINLAND: 100 YEARS

14th Apr 2020 – 12th May 2020 @ All Day – Over the course of his career, Tom’s work reflected societal changes as they appeared in fashion, commercial design, technology, and architecture. Because of the concentrated and consistent nature of his project, the peripheral variations that creep in become telling indicators of the ways in which the world was changing […] 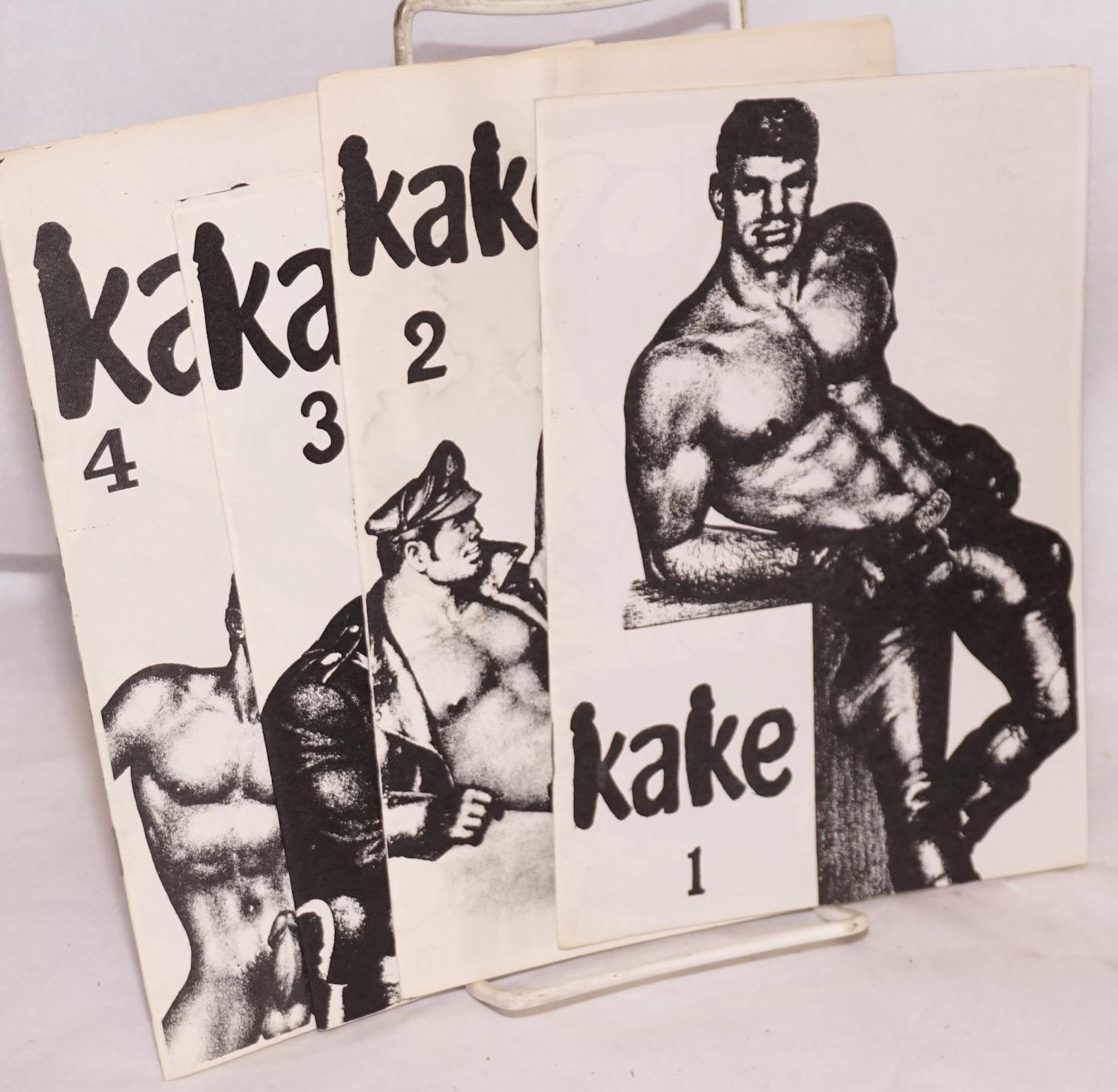 Mustaches and muscles: Back to the days when men were men and sex was carefree In 1965, Tom of Finland began flirting with the idea of an ongoing character for his panel stories, the ultimate Tom’s Man. He tried out a blond named Vicky—a common male name in Finland—followed by a Tarzan-inspired Jack. Then in 1968 Tom settled on Kake, a dark-haired, mustached leatherman who often wore a tight white T-shirt bearing the motto “Fucker.” Kake lived up to this moniker, a sort of post-Stonewall, hyper-masculine Johnny Appleseed traveling the world on his motorcycle tospread the seeds of liberated, mutually satisfying, ecstatically explicit gay sex. Tom lived out many of his most personal fantasies through Kake, and Kake’s international fans made him the template for what came to be known as the gay clone look of the 1970s. Between 1968 and 1986, Tom published 26 episodes of Kake adventures, most as 20-page booklets.

Tom of Finland – The Complete Kake Comics collects all of these stories in one volume. Return with Kake to the days when men were men, sex was carefree, and everyone wore a big thick mustache. About the Series:
Bibliotheca Universalis — Compact cultural companions celebrating the eclectic TASCHEN universe at an unbeatable, democratic price!
Since we started our work as cultural archaeologists in 1980, the name TASCHEN has become synonymous with accessible, open-minded publishing. Bibliotheca Universalis brings together nearly 100 of our all-time favorite titles in a neat new format so you can curate your own affordable library of art, anthropology, and aphrodisia.
Bookworm’s delight — never bore, always excite! Text in English, French, and German