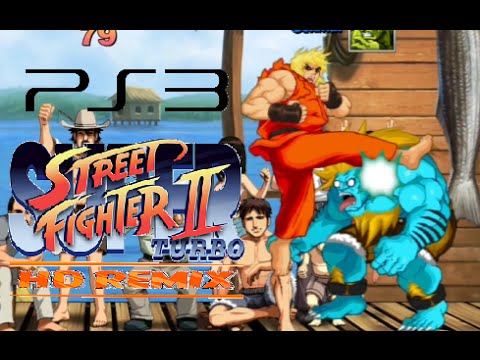 There's no doubt about it — this is the best version of Street Fighter II that fighting game fans are ever going to get. Everything from the graphics to the tweaks in each character's moveset makes Super Street Fighter II Turbo HD Remix feel like a completely new fighter rather than an updated version of previous SFII titles. Capcom's efforts really stand out in this remake, and after all these years, it's worth both the wait and the price. 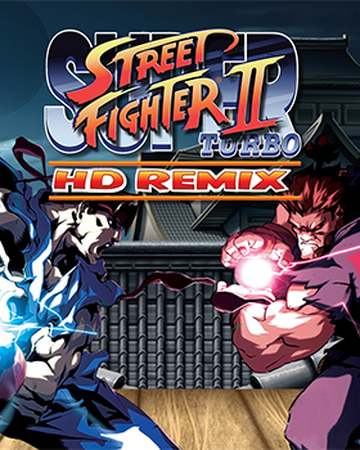 Every version of Street Fighter II always had a few things that threatened to unbalance the gameplay, or simply made certain fighters into cheap powerhouses. With each new update to the series — Champion, Turbo, and Super — Capcom got one step closer to perfecting the series' fighting engine once and for all. With Super Street Fighter II Turbo HD Remix, everything feels like it has finally fallen into place. While there's still a few balance issues that need to be hammered out (a few characters have been over-buffed yet again), HD Remix serves up plenty of awesome action that should please any gamer with a fighting pulse. Oh, and the game looks downright gorgeous.

More than anything, HD Remix absolutely shines in the graphics department. The level of polish on the hand-drawn stages and characters is breathtaking, and there's plenty of fine detail in every nook and cranny of the game for eagle-eyed fans to swoon over. Sure, it's one thing to redraw Chun Li and gussy up her respective stage, but doing it while retaining that classic feel from 15 years ago is something else altogether. Of course, there's subtle hints of 3-D elements in the special effects of moves like the Hadouken and Sonic Boom, which only makes pulling off a 10-hit combo super move that much sweeter. Count yourself lucky if you have access to an HD television — but even if you don't, HD Remix still looks fantastic in standard definition.

The Best One Yet

A lot of changes have been made to the combat, and it's obvious in each fighter's moveset. Some techniques have been toned down (or up), others have been given new animations and timing, and there are a handful of brand-new moves to learn that can really change up your matches. For series vets, the rebalancing of the characters can feel more than a little awkward. Personally, I think that a few characters have been given a little too much power, especially in the area of strong-hit combos (I'm looking at you, Fei Long and Blanka). Still, it's refreshing to know that although you no longer have the ability to judge the range of your attacks down to the nth pixel, careful practice will let both veterans and newcomers be able to fight on even footing. It doesn't matter if you're playing with a controller or a joystick — the timing required to dodge fireballs, counter throws, and trade hits with your opponent is much more forgiving than before, and with some hardcore practice, you'll be fighting with the best in mere days.

Thankfully, there are plenty of other things to add to HD Remix's ridiculous amount of replay value and fan service. Old school fighters can get back to basics with an un-rebalanced Classic mode, the training mode and hitbox display options will be immensely helpful to fighters with rusty skills, and extensive online rankings coupled with the new World Tournament mode will have gamers constantly striving to reach the top of the mountain. I can't think of a better way to spend your online dollars — Super Street Fighter II Turbo HD Remix is the best version of SFII yet, if not the best Street Fighter game in 15 years.