Transformers: Armada, known in Japan as Super Robot Life-Form Transformers: Legend of the Microns, is a Japanese anime series produced by animation studios Actas, Studio Galapagos, and NAS and consists of 52 episodes. The anime was a co-production between Takara and Hasbro and a reboot of the franchise, featuring new concepts. Despite being a Japanese production, the series premiered first in.

Transformers: Armada, known as Chō Robot Seimeitai Transformers Micron Densetsu (超ロボット生命体トランスフォーマー マイクロン伝説 'Super Robot Lifeform Transformers Legends of the Microns') in Japan, is a Transformers cartoon series that ran from 2002–2003, in support of the franchise of the same name. Animation for the series was produced by Actas Inc. (with animation for the Japanese title sequence being produced by Raretrick). The series initiated a total continuity reboot, setting up a brand new Transformers universe separate from any previous storyline. Together with its two sequels, Energon and Cybertron, this continuity family is now known as the Unicron Trilogy.

Micron Densetsu has the opening songs 'TRANSFORMER -Dream Again-' and 'Transformers ~Kōtetsu no Yūki~', with the ending songs 'Never Ending Road' and 'Don't Give Up!!'.

Armada's universe is most distinguished by the presence and importance of Mini-Cons, a race of human-sized Transformers that, when 'powerlinxed' to their larger brethren, would unleash a flood of energy. Because of the great potential for their exploitation, the Mini-Cons attempt to abstain from the Autobot/Decepticon war and flee Cybertron, crashing on Earth and the Moon. When some Mini-Cons are accidentally reactivated in 2010 by clumsy teenagers, a beacon alerts both the Autobots and Decepticons on Cybertron, who track them to Earth and continue their battle here.

Mini-Cons can also form powerful weapons, which Megatron wants his greedy mitts on. Eventually, new recruits for the two factions appear, and the Transformers find out Unicron created the Mini-Cons, and is planning to feed on the hatred developed by the Transformers battling, and the Autobots and Decepticons unite to defeat the bigger bad.

Armada was the first Transformers cartoon to be co-developed in the United States and Japan. The show was produced in Japan with animation by Actas Inc., but the English localization by Voicebox Productions was the first to reach air; the 'original' Japanese version was not broadcast in its home country until six months after the American premiere. Following a summer hiatus of the American broadcast in 2003, the 'Hydra Cannon' episodes and the beginning of the Unicron Battles arc debuted on Canadian television, while the final nine episodes of the series first aired in the United Kingdom. Even the Japanese versions of most of these post-hiatus episodes were aired in Japan ahead of the United States, except for the final three; these were burned off as part of a week-long run of daily broadcasts on Cartoon Network just two weeks before the Japanese broadcast of the series concluded.

When Armada was first announced, an unnamed Hasbro source was quoted as claiming Mainframe Entertainment had been 'tapped' to make the show. Sadly, this didn't happen.[1]

Between the American (top) and Japanese (bottom) airings, the entire back row of Mini-Cons was changed or recolored.

The English dub of Armada was plagued with errors—not deliberate changes in premise and dialogue (although those did exist), or other things that would make a typical anime fan claim the dub was 'bad', but genuine, quantifiable technical faults on a scripting and production level that make it clear the show was put together hastily and haphazardly, and was, ultimately, simply not up to modern broadcast standards when it was released. Most explicit are the repeated instances of characters being referred to with the wrong name, particularly the Mini-Cons, but evidence strongly suggesting that many scripts were translated only very roughly, and never given proper re-writes to either adapt them for a Western audience, or to even check if they actually corroborated what was happening on-screen. Characters give long, rambling, semi-coherent monologues, react strangely to one another's dialogue, have very disjointed 'conversations', reiterate obvious plot points to one another, and repeatedly use stock phrases such as 'Hey, wait up!' Moments of intended silence are filled with babble, especially the dreaded 'Uh?' every time a character reacts to anything.

Armada is also well known for its widely fluctuating animation quality. Many of its episodes are riddled with not only animation errors, but woefully frequent, badly-drawn, off-model artwork that puts even some of Generation 1's infamous animation errors to shame. Some of this animation was cleaned up for the show's later broadcast in Japan. The most publicized example is the episode 'Linkup', which featured some significantly altered and corrected animation. Smaller alterations were made in many episodes, such as changing incongruous Mini-Con lineups or fixing blatant coloring mistakes, such as Cyclonus being colored as Demolishor for one scene in 'Swoop.' However, on the whole it is not nearly as different as internet pundits may lead you to believe; most of the badly-drawn, off-model art remains unchanged. Generally speaking, it looks pretty much as bad in Japanese as it does in English.

These problems are generally understood to be due in large part to an extremely rushed production schedule—a fact that should be obvious when one realizes that Armada was an English dub of a Japanese series that was not ready to air until six months after the dub premiered. The cause of this rush job is still under speculation, but there appear to be two primary suspects:

Debuting with a premiere three-part 'movie' at the same time as the 21st century reinventions of Teenage Mutant Ninja Turtles and Masters of the Universe, the immediately-apparent twin flaws in dubbing and animation led Armada to stumble out of the gate into a torrent of hatred from the internet fandom that stands out as one of the rare moments in fan history when everyone seemed to be on the same page. Flak continued to pile up as the first quarter of the series proved to be a sequence of repetitive one-shot adventures in which the same small groups of Autobots and Decepticons hunt for Mini-Cons in one episode after another. The threat of Unicron, as well as the gradually expanding cast, eventually led to more wide-ranging stories, in particular a well-received story arc centering on Starscream, but the consistently poor animation and dubbing, coupled with the fact that by the time these stories came around, the show had been consigned to the 6am 'death slot' on Cartoon Network, meant the show never truly recovered in the eyes of adult fans. In the grand scheme of things, it is only the existence of Armada's even-worse-received sequel, Energon, that keeps it from being widely considered the worst Transformers TV series ever. 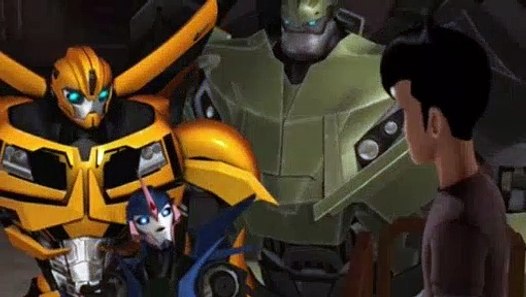 All of this, however, did not stop the toyline being a runaway success, spawning a new generation of Transformers fans for whom Armada was the gateway into the franchise. So, it's got that going for it, historically speaking.

Legends of the Microns

The Legends of the Microns version of Armada was released on DVD by Columbia Music Entertainment in Japan while the series was still on air for a total of thirteen volumes. Initial releases of each volume included a bonus Mini-Con figure and an original comic side story which helped to fill in some of the series's gaps.

Geneon Universal Entertainment released all of the episodes in one set.

Universal released several DVD collections of Armada in the UK.

Kid Rhino released a few DVD collections in the United States, before releasing the entire series in two box sets. 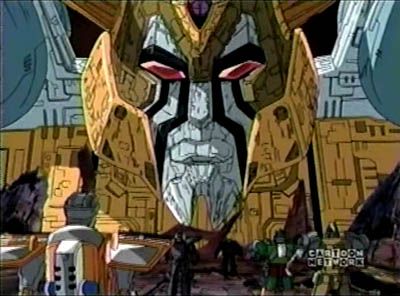 Additionally, three episodes were released by Tiger Electronics as a boxed set for their Video Now system.

Shout! Factory released the complete series on an eight-disc DVD set in 2014.

Cinehollywood released the first half of the series in Italy in a series of 9 DVDs, with 3 episodes in each of them.

KSMFilm released two DVD boxsets in Germany, each including 26 episodes with German and English audio. A complete collection of the series was released in 2011.

Sihaiyizu Release released a full DVD collection in China in 2006.

There is no known video or DVD release of the Korean dub. It aired on weekly on SBS from December 20, 2004, officially ending at episode 39.[2]